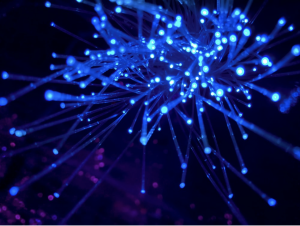 Like so many others, I’ve been stuck at home for the better part of this year and unable to carry out my research in person. Normally, I’d be spending most of my days in the lab tending to my experiments designed to study the origins of life. Now, I’m trying to make the best out of my time away from the lab by focusing on research I can do away from the bench. I decided a few months into my “new normal” that I’d take advantage of this time and get around to a task I’ve been putting off for a long time: to make my way through a hefty stack of classic works, mostly books, on the origin and nature of life on Earth. I’ve been diligent about reading the latest contributions and keeping up with the constant influx of new and occasionally groundbreaking discoveries, but I haven’t paid as much attention to earlier works, save a few seminal papers, and I’ve especially neglected older books. So, I’ve been working to correct this lapse, and the results have been worthwhile so far. Notably, I’ve come out of this exercise with a new way of framing the questions that guide my research, one that is more profound on a personal level, if a little less scientific. The questions I’ve been asking myself a lot lately are no different than the ones I ask myself as a scientist – What is life, really? Why is life? Sure, it’s my job to think about these questions as an academic, as a scientist. Part of the reason I love my field of study so much is that those same questions keep me up at night, they tantalize me as a human being. I want to share this shift in perspective with you here because it has somewhat surprisingly affected my outlook on the activities I am engaged in as a Kohler science fellow. It has cast new light on the significance of science, art, and science-art fusion in the quest to understand what it means to be alive.

The first thing I’ve been confronted with in my exploration of classic origin of life works is that despite how far we’ve come in understanding biology and the inner workings of living systems and their structures at all scales, we still know nothing about what makes life special with respect to other kinds of matter in the universe. We really don’t understand what it means to be alive, what makes living things so different from the non-living. In other words, we’re asking the same exact questions that scientists and other thinkers were more than a century ago, with no satisfactory answer to date. We’ve retained an intrinsic, near-instinctive ability to tell living and non-living things apart, but we have made little to no progress when it comes to formally describing those differences. It’s not entirely our fault, and certainly not for lack of trying. The tools we need for a breakthrough remain inaccessible to us, and it’s difficult to know if and when that will change. For one, we still have not discovered or made a second example of life, a truly alien form to compare with life-as-we-know-it and extract general principles from. We also lack a universally accepted definition of life, which makes consensus and coordination among the community of scientists tackling this problem somewhat of an impossible challenge. How can you study something if you’re not even entirely sure how to define it or even what to look for? It’s entirely possible that we will never be able to truly solve the deeply intertwined mysteries of the origins of fundamental nature of life, so why should we even try?

Here is one possible answer: we should try because the small insights we discover along the way are arguably just as valuable. This is something I’ve come to appreciate recently as I read through Alexander Oparin’s book Life: Its Nature, Origin, and Development published in 1962. In this work, he proposes a view in which life merely represents a distinct type of material, a special state that matter can sometimes assume, the way it can in other instances take the form of galaxies, stars, planets, rocks, oceans, weather patterns, and all other non-living phenomena. It seems trivial, but for some reason I had never thought of conceptualizing “life” in this way, and it stuck with me since. The living state, while just a special organizational form of matter, is distinct from the non-living in that it follows different rules than those governing the non-living world. And it is those very rules that remain elusive to science, and many scientists are working hard to uncover them. Sara Walker (Arizona State university), for example, suggests that life is a state of matter which maximizes the transfer of information. Eric Smith (ELSI/Santa Fe Institute) proposes that life is a “planetary imperative”, a mechanism by which planetary systems dissipate energy when there is too much of it. In other words, life is just something that happens sometimes on certain kinds of planets. Life is a dissipative structure, one that uses energy to organize into intricate shapes and patterns.

The idea that life might just be a special configuration that star-stuff sometimes occupies to perform a function, whether it is to persist and transfer information through space and time and/or to tame a violent planet, while teleological, is also profound, and has made me wonder where consciousness and various forms of human expression fit into this picture, regardless this represents a valid way of conceptualizing the nature of life. Consciousness itself is another huge scientific mystery, one that everyone can loosely define based on subjective experience but can’t be formally defined yet as we still don’t really understand where it comes from or how it works exactly. While it can be explained mechanistically as the result of chemical cascades in the brain, the role of self-awareness and whether it is related to the fundamental properties of life as special organizational state of matter remains poorly understood. What about the consequences of consciousness, such as language, creative expression, and science? Science is a mechanism by which we take in information, process it, and use it to make predictions or change something about us and/or our surroundings. Art is another such mechanisms, which is often better suited for communicating emotion, feeling, and other subjective experiences. What happens when human expression merges aspects of both? Science-art fusion might enable the simultaneous processing of fact and feeling, but also opens up opportunities to transcend either mechanism, facilitating the transfer of ideas and concepts that are otherwise difficult (or even impossible) to express. For many, scientific breakthroughs and artistic masterpieces represent how consciousness allows humanity to “transcend” the rules that govern the rest of the living world, when in reality, these might be best appreciated as direct extensions of the fundamental nature of life. The implication of this way of conceptualizing life, where life is special state of matter optimized for information transfer through space and time, and conscious life a particularly efficient vehicle for such transfer, is that science-art fusion might be the ultimate currency through which information is propagated, through which the fundamental nature of life is realized.